Players who already have the previous PC or Mac edition of Minecraft (running on Java) can download Minecraft: Windows 10 Edition for free. There is no need for a license transfer. Just make sure that you downloaded the Minecraft: Windows 10 Edition and used the same Microsoft account email address. You can link the same account to your PC if you want to play Better Together update, but no you’ll have to purchase a separate copy for that machine. If you want to play on PC for free, theres a way to do so via Tlauncher.

Alright, Minecraft lovers, who here is tired of futzing with the app on your phones? For a game about exploration and infinite possibilities, Minecraft just doesn’t seem to fit with a hand-sized screen. Plus, for the serious gamers out there, Minecraft should be played online and on your computer, because your computer has much better specs than any of your mobile devices — especially if you’ve put as much time and money into building up your machine as I have mine. Now, I know what you’re thinking: you’re thinking about the Xbox versions and other console versions that would allow me to play on my TV. And that’s great, if you already own the console. But for those of us who don’t, it’s harder to justify purchasing one than it is to upgrade the computer we already have. Thinking what an investment my computer has been, it gets really frustrating thinking that I’m spending most of my prime game time on my mobile. Branch out into the PC and Mac online world to extend your gaming experience. Best of all, I’m going to walk you through a free way to play.

There are a couple games throughout my lifetime that I’ve wanted to play any and everywhere. Minecraft is one of those games that is addicting and fun to play. So don’t get me wrong, I enjoy having it as a mobile experience. I like being able to pick it up and play it when I’m in line, or on the bus, or just have some down time while I’m out. I find myself playing for hours during the evening and quick 15 minute spurts throughout the day.

Keep in mind the developers of Minecraft are constantly updating and changing their platform and may in the future have an online platform for the game, however, until then we will have to use the trick below to get Minecraft online.

“Understand ‘Minecraft,’ and you’ll begin to understand the power of games. Like any good story, this one begins with a man and a dream. Markus ‘Notch’ Persson first started on the project to create a three-dimensional world vast in scope, with elements that allowed you to customize your character into the way you want them.” – Rob Manuel, Founder of B3ta

Where do you currently play Minecraft? Do you play on your iPhone, Android, or do you branch out and play on your PC or Mac computer? There are a variety of options when it comes to playing the game and luckily for us, the developers have opened up the game to a ton of different operating systems. The last frontier and really the only place that currently isn’t supported is to play the game online.

This may surprise you but Minecraft was initially launched in 2009 as a PC game and was later adapted for iPhone, Android, Mac, Linux, etc. Therefore, it’s originally meant to be played on a computer. That’s why playing the game online is not a far stretch from the current mode of gameplay. By “online,” I simply mean that all my game data would be stored at a remote server which I could access (and play) from any computer, without the need to download or install new software. This is particularly relevant to all of the students reading this, as often your only computer you have reliable access to is likely a library computer, and while colleges and libraries have eased up on a lot of their old restirictions for the use of public computers, almost of all of them (don’t get me wrong, for good reason) still won’t let you download or install new software onto the computer without administrative permission. And if your librarians are like some of the ones I had at my school, that permission isn’t going to come. Since 2009, the game has blossomed to a number of different platforms including Xbox, Playstation, Windows Phone and the aforementioned mobile and desktop devices.

There may be a variety of reasons why Minecraft is not available online. One being you’re limited to the bandwidth of your internet connection to send and receive the entire game in real time as opposed to downloading a chunk of it and storing it on your device.

That’s where Minecraft online really shines and allows you to circumvent the normal rules of play and develop your very own solution and opportunity. Sound good to you? Well let’s get into the details and the step by step guide showing you how to play online with very little work.

How To Play Minecraft Online

Can I Play Minecraft On A Mac For Free Play

You may have heard of an Android emulator previously, but if not I’ll walk you through a bit about how it works and why this innovative trick works so well. Basically, an emulator is a piece of software that emulates something that it is not. In software, this is often referring to emulating an operating system that is not native to the device.

How To Play Minecraft Of Mac

You may have experience with an emulator if you have run Windows on a Mac, but using something like Parallels instead of Boot Camp, or a somewhat similar but different way of logging into a VPN. In this case, we will use an Android emulator to run Minecraft apk files that are meant to run on an Android device.

Now, a couple of things I need to address before I go on. The thing about most emulators is that you have to have them. Which means, you download the file, install it, give it the appropriate permissions… all things which our stern, hypothetical librarian won’t let you do. However, as you read on, you’ll see I’ve found a nice workaround for this.

The second thing is, yes, I said Android. Maybe you’ve been playing Minecraft through an apple device. Your account, your history, everything is Apple. You don’t even have an Android device. This can be a problem because most (if not all) Android emulators require a Google Play account… usually with a confirmed linked Android phone. Unfortunately, I just haven’t found an iOS emulation option that I’m comfortable in recommending. Yet. I’m always open to suggestions, though, and if you’ve found something that you like, please let me know in the comments, and I’ll play around with it and see what I think.

Now, as to that first (and much simpler) problem of downloads: The awesome thing about the solution I use in this article is that there is an online Android emulator where the entire emulator is run through a web browser. This means you won’t have to download and run the app on your computer at all.

You can also play multiplayer with this option just as you would on a normal app. You connect to your local WiFi and that will connect to the Minecraft servers. From there, you can jump into multiplayer games and start chatting with your friends and foes.

I’m going to walk you through how to get Manymo setup and running Minecraft in less than 10 minutes. There are a lot of different options for Android emulators but Manymo is the only one available solely online. If you want to download the game on your computer than you might as well just get the normal Minecraft for PC or Mac.

Follow these steps and you’ll be on your way to playing Minecraft online.

Keep in mind that although the first several times using Manymo is free, if you use it regularly you will eventually have to pay for the service. If you plan on using Minecraft online just a couple of times a month then you can get away with it being free, but if it’s more than that you will have to pay a monthly subscription.

You may decide that the steps above are just a bit too much work and you’d rather play Minecraft on your PC straight from the app. Luckily for you, there is a Minecraft game that is built specifically for Windows and will let you play straight from your computer.

1. You will need to buy the game for $26.95 from Minecraft.net so that you can run the game when you download it. There is really no way around this as Minecraft connects to their in house servers and it will check and see if you have an active account in order for you to play. 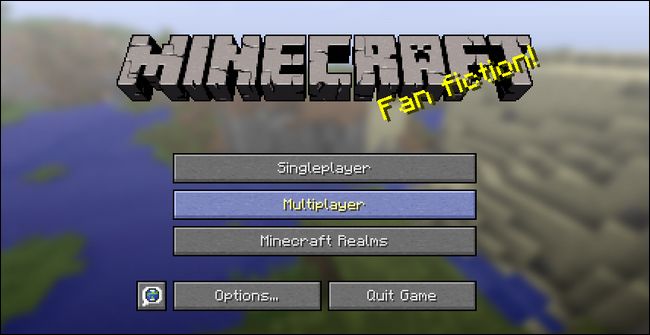 2. Next, you will want to download the Minecraft for PC version of the game by heading over to https://minecraft.net/download. This will come up with the automatic platform that you’re viewing the page on, but if you want a different platform, just click “show all platforms” for it to expand.

3. There are three options for Windows users and after buying the game you can get the completely stand alone game where you can launch Minecraft. This means you won’t need an internet connection after the initial download to play. You will have the option to run Minecraft.msi which is the newest and best performing option. Alternatively, the Minecraft.exe will not have a built in installer that is a good option if you’re not allowed to “install” games onto your device or don’t have permission. Lastly, you can use the archived and outdated version of the app but this will need Java to run properly.

4. After you have the .msi or .exe file you can follow the installation steps to get it up and running. Make sure you verify that you’ve paid for the offline program and login to your account.

This is a better option for performance if you can download and actual app onto your computer. It will run faster and have better graphics and be less likely to have little skips in the gameplay.

If you’re a Mac user, you can basically follow the same steps as above for PC. There is a Minecraft dmg file that will allow you to access your game offline and be able to play on your Mac as often as you’d like.

If you’re on a Linux machine you can also download a Linux only version by following the steps above. Luckily, Minecraft offers pretty much every option for almost every device out there except an online play version.

I hope this has been helpful and gotten you started and setup playing Minecraft online. Let us know if you have any other cool tips or tricks that have helped you play any and everywhere you want to play.

We appreciate if you should share this post on Facebook or Twitter so all of your friends can play with you online and you can join the Minecraft community. Comment below if you have another online method that works well for you and we will be sure to try it out and feature it if it’s a good option. 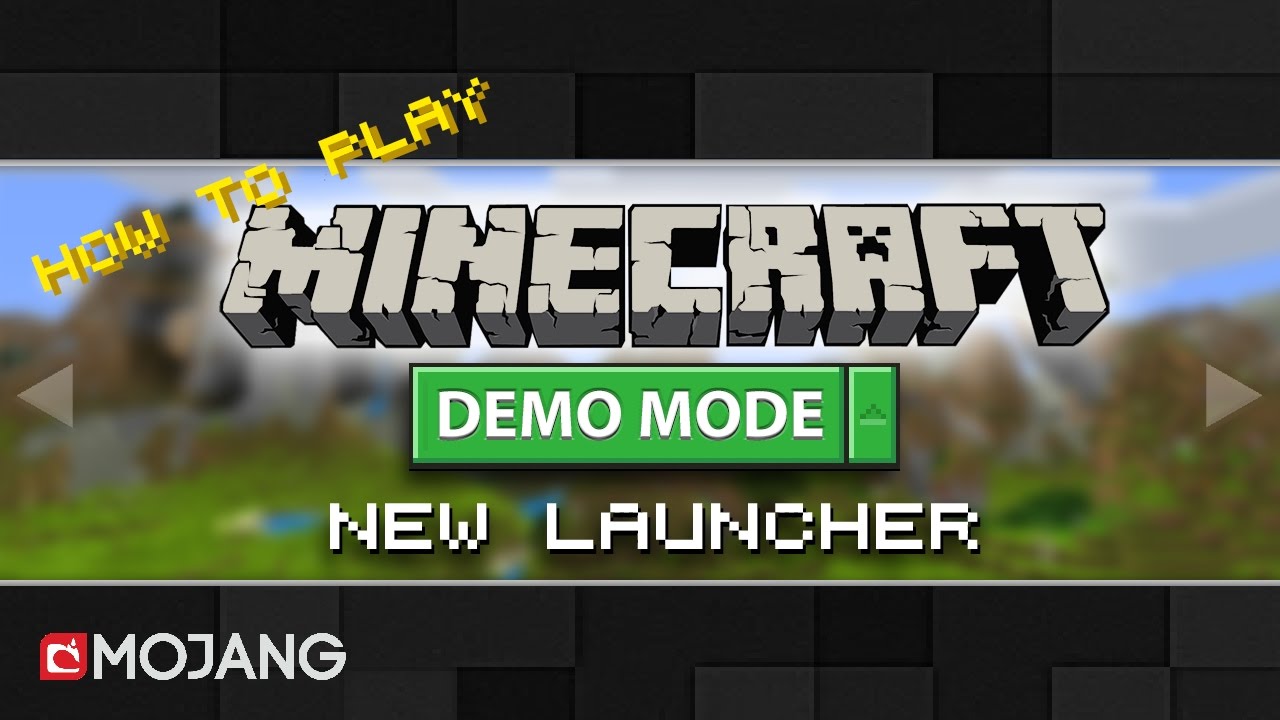