Looking for some of the Best Microsoft Word Alternatives for Mac? Well, there are so many users out there who often leave Windows and switch to the Mac environment. Even it is extremely easy to do so. Just buy a Mac Desktop and Laptop, and you are all done.

However, switching to Mac from Windows sometimes becomes a pathetic job for many. Because they are not used to the Mac environment. The experience becomes worst when you do not get your favorite applications like Microsoft Word on Mac.

No, we are not saying that you cannot get Microsoft Word on your Mac computer. Of course, you can, Just purchase Microsoft word for Mac and install it.

But yes, That is a paid task. However what if we tell you that, there are some of the best Microsoft Word Alternatives for Mac are available on the internet?

Would not you want to try them out?

Of course, you will. Hence we have made a list of the Best Microsoft Word Alternatives for Mac users. So let’s just go ahead and head into the topic

First of all, we have Google Docs, and we are sure you have heard about it. It is one of the free Microsoft word alternatives that you can try out.

The user interface of the Google Docs looks quite similar to Microsoft Word and comes with lots of features.

The Google Docs allows you to share your docs with your co-workers and let them make changes. Also, you will be able to work offline.

Moreover, you can even import your existing Word files to Google Docs. Plus you can export Google Docs file to .doc format and use them on Microsoft Word without any issues.

Even in a few cases, Google Docs is far better than Microsoft Word. Like it offers you lot’s of readymade templates for you which you can use to make your projects instant ready and so on.

LibreOffice comes with a friendly user interface which will not take you too long to understand. Also, the best part of the software is that it is extremely lightweight compared to Microsoft Word.

Furthermore, unlike Google Docs it offers you a completely offline solution. Just download and install the application on your Mac and you are good to go.

Also, you can easily import your Microsoft Word Files to LibreOffice and get your done job. There is even an online sync feature included in the LibreOffice which lets you sync your files to Google Drive or One Drive.

However, like Google Docs, there is no collaborating feature included in the LibreOffice. But the software does have an amazing LibreOffice help forum.

Just in case, if you cannot think about any other alternatives than Microsoft Word. Then you can try out the Office Online.

Office Online is similar to Google Docs, and it comes with the same user interface as Microsoft Word. This means that instead of installing Microsoft word on your Mac you are going to use it online.

You can easily import your offline docs to office online and export them. As well as you can share them with co-workers, or save it in the One Drive.

However Office Online has only limited features, and it is not as functional as the Google Docs. But as long as your main needs are to creating and editing a doc. This will definitely make your job easy.

If your only goal is to edit your Doc files with ease. Or you just want to create a Doc file. Then Quip can be a great option for you.

Quip is not a fully functional alternative to Microsoft Word. But it will do some of the basic jobs easily. It is an online platform something similar to Google Docs and Office online. But it does not offer too many features.

Overall, the user interface of the app is pretty amazing and user friendly. It does not have any advanced tools though, so office users may not like it. 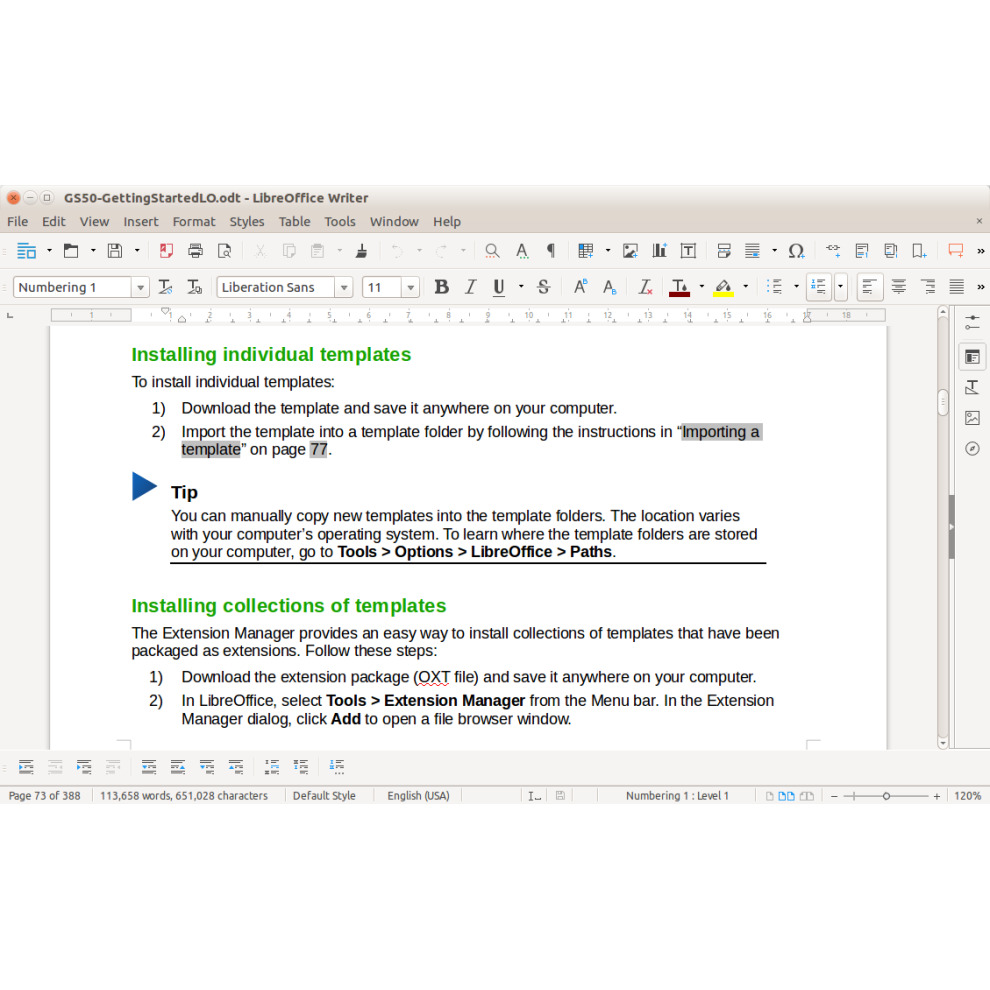 But Quip allows you to collaborate with, and it is absolutely free to use.

The WPS Office 2016 is also one of the best Microsoft office alternatives for mac. This application is completely free to use also it looks like the Microsoft Word.

Hence, as a result, you do not have to struggle in understanding how to use WPS Office 2016. With the help of this application, you will easily be able to use all the features that Microsoft Word has.

Plus you can even import Microsoft Word Files to this software and edit them. As well as files exported from WPS Office 2016 can be used on the Microsoft word.

Also, it comes with the WPS cloud which is also a free service provided by the software. The WPS cloud comes with 1GB of storage space and lets you sync your doc files.

ThinkFree Office is also a best free word processor for Mac. However, this one is not free, but you can get a trail for 2 months.

Talking about the ThinkFree Office, well it looks exactly like the Microsoft Word and comes with all the features. Hence, as a result, you do not have to struggle to understand the application.

Furthermore, the app also offers a solution for your smartphone devices, or you can try out ThinkFree online. Also, the ThinkFree office is cost-effective compared to the other office solutions available in the market.

The NeoOffice is also one of the Best Microsoft Word Alternatives for Mac that you can try out. This application is based on OpenOffice and LibreOffice which makes it the best open source office for mac.

With the help of the NeoOffice, you will be able to edit, view and save your Doc files. Also, it is completely free to use.

However, this tool lacks some of the advanced features. But as long as your main purpose is to get done with the basic jobs. The software will be the best option that you can try out.

Why are you looking for Best Microsoft Word Alternatives for Mac?

When Apple is offering its own solution which is the Apple iWork. With the help of the iWork, you will be able to do all the task that you usually do with Microsoft Word.

It offers you a wide range of features that you can try out. Also, it offers you iCloud Integration. Moreover, iWork can easily read and edit your Microsoft word docs as well as it can export the files into Doc File.

The ONLYOFFICE is another open source office for mac that you can try out. The application is free to download and use.However, the ONLYOFFICE is made for the Bussiness users who basically deals with SAAS application. But it can also be used for basic jobs.

Moreover, the ONLYOFFICE has some limited features which let you edit, view and do some other jobs. Plus you will get the cloud option.

In the end, we have the Zoho. This one is also one of the Best Microsoft Word Alternatives for Mac. However, this application is completely cloud-based and made for the SAAS applications. Also, most of the features of the platform are paid.

With the help of the Zoho, you will be able to do all the basic jobs easily. As well as it offers you lots of other features that you can to get done with your job.

So that was all for the Best Microsoft Word Alternatives for Mac. Now it’s your call to go ahead and have a look at these alternatives Microsoft Office and see which one is working the best. Also for any questions, feel free to comment below.

If you looking on the internet an Microsoft Word for Mac So, you come to the right place now a day shares with you an amazing application its most popular and used the able product for Microsoft word for Mac full version Design for documents formatting tools, you can write a document and edit online shares and save online Web browser. its wide range of Writing and fully customizable tool to idea how to perfect documents-write and text range also mention to promoted expression and many more amazing functions in this version.

Word is one of Microsoft Office’s most famous and popular tools. This editor and processor can be purchased and downloaded as a standalone application, even if it is integrated into the office suite. Your documents are still accessible so that you can capture your best ideas anytime and anywhere. In Read Mode, the text is automatically reflowed in columns for easier reading on the screen. And you have focused less on menu-only instruments that add value to your reading. The well-known Word program allows you to quickly and easily create, edit and share work. Most people can open a document in Word and work with it. It is the world’s most popular word processing scheme.

It is easier to share. Save cloud files on OneDrive, OneDrive for Business or SharePoint and send each of you a link with viewing and editing permissions to the same file. The latest version of the file is provided to all of you. You can talk, collaborate and co-author in real-time, using Word, with your team. With the improved version history for Word 2016, you and your team will be able to view or go back to earlier drafts while editing and modification your documents. Track changes, add or reply to comments next to the text that you’re talking about. Everyone can follow the discussion and keep up with text, formatting and layout changes.

Although it is true that the ISO chose an OpenDocument format for the exchange of formatted text as a standard, the format of Microsoft can be regarded as an unofficial standard. This situation has resulted in the popularity of DOC files as well as the DOCX files with a higher compression rate. On the other hand, it is also available in RTF or Rich Text Format although it is not so popular. This is due to Apple’s dominant appearance in the PC market and files between Macintosh and DOS had to be made compatible. you can also check out the Apple Final Cut Pro X for Mac.

Features Of Microsoft Word 2016 for Macbook