Considering my rather vocal opposition to Apple’s products over the years, it’s somewhat amusing that I make daily use of a 27″ iMac, MBA and new iPhone. It is not so much the product as it is internal decisions on build that bothers me, my present MBA being the longest I have ever kept a laptop, eliminating any question whatsoever of product build. Because of its limited storage capacity and Apples horrendous cost for upgrades, it was very close to being replaced, at least until OWC contacted me a week ago asking if we might like to review their latest 1TB Aura PCIe SSD replacement for mid-2013 and later MacBooks. 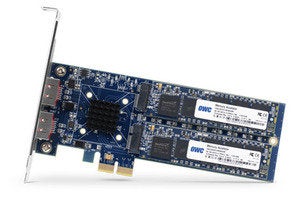 It was back in 2013 that we first reviewed the newest MacBook Air with its new high performing PCIe SSD capable of up to 825MB/s, and shortly after I threw in another report entitled ” Is Apple’s 2013 MacBook Air The Absolute Best and Untouchable by Ultra Standards Today?” As great as the system is, integrated memory (8GB) that cannot be swapped and Apple’s proprietary SSD (256GB) held the promise that one day this MBA would become obsolete. The SSD was the hardest pill to swallow as I found myself having to carefully watch what I stored on this system for some time, as did countless others, because there simply was no upgrade. Just in the nick of time, however, OWC pulls it off giving me a reason to hold on to this system for some time longer.

The Newest OWC Aura PCIe SSD is compatible with mid-2013 and later MacBook Air and MacBook Pro systems, including those with Retina display. It is the only non-Apple replacement SSD available on the market. The Aura is available in capacities of 480GB and 1TB and both comes with a 3-year OWC limited warranty and their amazing customer support. Their pricing ranges from $399 to $649, dependent on size and whether you buy just the SSD or complete upgrade kit, the latter coming with a gorgeous external adapter and necessary tools for the migration. If you wish to migrate or transfer your data, the upgrade kit is a must. Check Amazon Pricing. 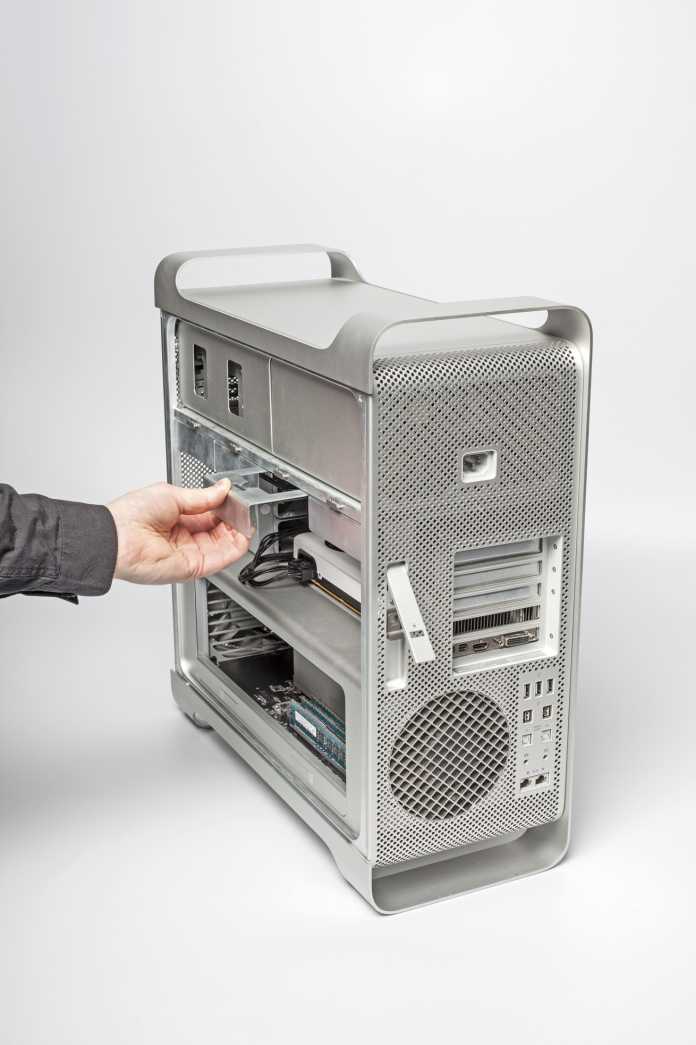 Included in our sample 1TB Aura Upgrade kit, we received the 1TB Aura PCIe SSD, external case in a nice cloth felt bag, microUSB cable to plug into the system, a Torx T5 and a Pentolobe P5 screwdriver, as well instructions on installation of the Apple SSD into the external adapter.

The new OWC Aura PCIe SSD is not as fast as our original Apple 256GB SSD, however, it is four times the capacity. Where the original was tested at over 750MB/s read and write, the new Aura specifications list it at 763MB/s read and 446MB/s write disk transfer speeds. It has 128-bit AES encryption and contains a rather prominent non-removable heat sink that sticks to the base of your MBA, once installed.

This photo displays the long metal heat sink which is glued to the NAND flash chips. We were given a healthy warning that any attempts to remove it might damage the SSD itself and a product photo was included, this of course not displaying any component brand marketing which we were hoping for.

The OWC Aura contains two SMI 2246 XT 4-channel controllers which are situated in a RAID configuration through a Marvell 9230 RAID controller. There are four unbranded 256MB MLC synchronous NAND flash chips which, once paired, create a RAID 0 volume with a 1TB capacity.

This SSD DOES NOT support TRIM, as is typical of many Mac systems, and there is no need for any hacks or TRIM enablers. The implementation of 7% over provisioning combined with very aggressive background garbage collection ensures health, sustained performance and continued life of the SSD, as has traditionally been the case with the majority of RAID configurations. Once formatted, 893GB of storage capacity is available to the user.